Search
Skip to content
Home/Resources/Blog/What is a “Best Interest Attorney”? A Best Interest Attorney, also known as a BIA, is an attorney appointed by the Court for the purpose of protecting a child’s best interest. A BIA is not bound by a child’s “directives or objectives.” Maryland Rule 9-205.1 governs the appointment of an attorney for a child. There are also Maryland Guidelines for Practice for Court-Appointed Attorneys Representing Children in Cases Involving Child Custody or Child Access.

When should I consider having a Best Interest Attorney appointed?

While every case is fact-specific, a Best Interest Attorney is normally appointed in the following situations:

Can an attorney be appointed to represent a child for other reasons?

What does a Best Interest Attorney do?

Who pays for the Best Interest Attorney? Generally, each parent is responsible for half of the fees for the court appointed attorney. 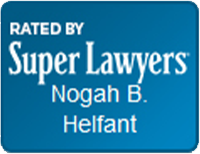